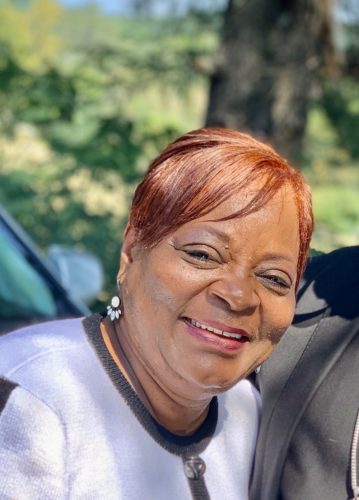 Cynthia Perkins Smith is a proud, native Alabamian. She received her early education in the Bessemer Public School System. Cynthia earned a Bachelor of Science Degree from Miles College in Birmingham, Alabama and continued studies at Dillard University in New Orleans, Louisiana. Arkansas Baptist College of Little Rock conferred the Honorary Doctorate of Humane Letters upon Mrs. Smith in August of 2019.

Dr. Smith completed ten and a half years serving as President of the B. M. & E. State Convention of Michigan, Inc., Women’s Ministry. Cynthia completed twenty years of service, teaching Minister’s Wives in the National Baptist Convention, Congress of Christian Education (The Minister’s Wife Toward Patience and Dedication).

Dr. Smith is a member of the historic New Bethel Baptist Church in Detroit, Michigan. Under the leadership of her Husband/Pastor, Rev. Robert Smith, Jr., she is former Director of the Children’s Ministry (18 years), and served as Kindergarten Sunday School Teacher in the Children’s Division for twenty- five years. She is actively involved with the Christian Education Commission, the Women’s Ministry and Mission Ministry. In 2007 she organized the Tuesday, Hour of Power Bible Study Group.

Cynthia was privileged to attend the Baptist World Alliance, Women’s Leadership Conference in Johannesburg, South Africa, and The World Congress in Durban, South Africa in July 2015. She made the Spiritual Journey to Israel with The Baptist World Alliance Women in November 2017. She serves on the Executive Board of the Baptist Women of North America. She has received many accolades and honors including the “Grace A. Cobb Missionary Award”, The Michigan Chronicle Salute to First Ladies Award and the B.M.& E. State Convention Ushers Speakers Award.

Dr. Cynthia Perkins Smith and Pastor Robert Smith, Jr. will celebrate 50 years of marriage on December 23rd this year. They have four adult children, Sherique, Conderidge, Terique and Erma (god-daughter). The joys of her life are her five grandchildren, Joshua, Austin, Grace, Lauren and Josiah.

The Expression of God’s love is demonstrated in the person of Sister Cynthia Diane Perkins Smith. You can read more about Sis. Smith’s journey in her autobiography, “Just Let Me Tell You”.