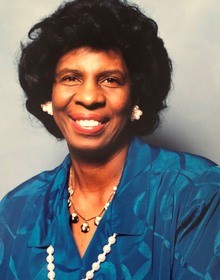 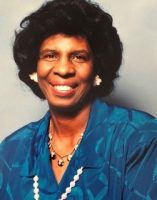 On Sunday, August 16, 2020, Claudette Hazel Chapman Cureton transitioned from her earthly body to her heavenly home after living a long life of promise and purpose as a teacher, community leader, religious leader, life partner, and mother. Born in the Chapman Grove Community of Greenville County, South Carolina, on May 3, 1931, she was the oldest of five children born to the late John Henry Chapman and Beatrice Washington Chapman Thomas.

At an early age, her scholarship was obvious. She began attending the Chapman Grove School, where her father was principal and her mother a teacher, at the age of four. She graduated as valedictorian of her class and attended Spelman College, Atlanta, Georgia, graduating with a Bachelor of Arts degree in biology as part of the Class of Nineteen Fifty-One. She received the honorary degree of Doctor of Humanities from Morris College, Sumter, South Carolina.

She changed the lives of thousands as a science and biology teacher. In the 1950s she taught in schools in Abbeville, South Carolina and Warren County, North Carolina. In the 1960s she taught at Sterling High School and Wade Hampton High School in Greenville, South Carolina. In the 1970s, she was looking for a way to further utilize her advanced training and love of the sciences. While briefly considering a move to a corporate role, she ultimately decided to join the faculty of Greenville Technical College in the School of Arts and Sciences in 1973. She served as instructor, mentor, and role model to all students who she taught.

On December 27, 1954, Claudette united in marriage with the late Rev. Stewart Cleveland Cureton. It was a lifelong partnership built on love and faith and a commitment to service – service to mankind and, most of all, service to God. Together, they were committed to following God’s will. She supported Rev. Cureton and the churches in which they served in every way – not only in the traditional First Lady role, but in any role required to help the church members grow and develop their spiritual lives. Although she remained a member of the New Pleasant Grove Baptist Church, Pelzer, South Carolina, her entire life, she served the membership of Reedy River Missionary Baptist Church for almost fifty-five years in many ways including as a member of the Senior Choir, and the Women’s Missionary Society, and as founder of the Young Women’s Missionary Association (YWAs).

Her influence went far beyond the walls of Reedy River. She served in numerous roles within the Reedy River Baptist Association and, as a tireless member and leader within the Woman’s Baptist Educational and Missionary Convention of South Carolina, where she served as President from 2009 – 2013, helping the group continue its growth and influence across the state. For many years, she was an instructor at the annual National Baptist Congress of Christian Education, the training arm of the National Baptist Convention, USA, Inc.

Claudette Cureton lived an exemplary life. All who met her always commented on her sweet spirit. During the last year of her life – when her health declined and she was impacted by Alzheimer’s disease

– she never, ever, lost that loving spirit. One week before her death, she still found solace and enjoyment in hearing a hymn and singing along. On one of her last days, her son, Charles, shared via Facetime, her great-granddaughter, Madison Gustave, playing and singing Sanctuary. She immediately perked up and smiled as she listened. Hers was a smile that will always be remembered.

While we are saddened by her passing, we are all comforted in knowing that Claudette Hazel Chapman Cureton lived an extraordinary life and is now welcomed in the arms of her Lord and Savior.